Ok, haven't been blogging for a while, just too lazy at the moment - sigh. But I have been doing quite a lot of digi scrapping, seems to be easier for me to manage that paper scrapping lately - I will get back to it now though as we have unexpected time on my hands (plans knocked back, don't ask, still living with cardboard boxes everywhere...).

Anyway, I have been playing, and come up with this for Get Creative. The challenge is too use the sun somewhere in your Lo. My sun is more a crocheted doily but the sun is implies (I think). We'll go with that anyway...

This was the summer that never was. The kids braved Nan and Pop's pool purely because it was January not due to any great temperatures. I did not.

And last week we had high winds, it was really pretty scary when surrounded by trees you know are going to be removed within weeks. This one was rotten and we were lucky that it fell exactly between the fenceline and the power lines.  Very much looking forward to the day the rest of it is removed!

And lastly the freebie template over at Sahlin Studios is up for this month. Such a good way to get into digi scrapping and I love the way this one has turned out.


I am now off knitting patterns (I cannot beat the chicken holding man from my last post so I shall not try) and in honour of the wedding theme happening at Another Freaking Scrappy Challenge, I shall attempt to entertain you with stories from my wedding (part1).

Because where else would you start a wedding tale?

One of Geoff' sister's (who it has to be said, insists on being the centre of attention no matter what) decided that our wedding morning would be the perfect time to leave her husband and tell her family. Not leave it for, say the next day, to let them enjoy our wedding, or even the week before to let them get used to the idea - no that would be too much. Not saying she should have stayed with him but her timing could have been slightly more thoughtful.

Geoff's mother came up to him half way through the night and told him that she had something very serious to discuss with him later but didn't want to ruin the wedding by telling him now - hmmm a bit too late...

It has to be said my family were thoroughly enjoying themselves. very loudly (and maybe quite drunkenly) and the contrast to Geoff's family table was obvious for all to see.

Whatever honeymoon we had planned (nothing major thank goodness) was then taken over by his sister as we had to gather all her belongings and move her, her 1yo and her dog to live with her mother. We left all our wedding presents behind at Mum and Dad's (only a six hour drive from our place) to accommodate her. Matt threw up on her (and I gave a silent cheer..).

Did I mention the ex husband was violent and had access to guns?

Am I bitter about the whole thing years later - hell yes! But it adds another layer to our wedding tales.

To even it up, one of our friends met his future wife on the way to our wedding and they now have two very cute kids as well. We'll claim that one!

Funnier tales form the wedding next time (involving dead cats, passing out, illegal wedding cars to name a but a few).

Oh NO!!! Poor you re: plans AND re: wedding!!!! Sounds like you & Mitra's Dad should be swapping horror stories. Nothing like that happened at my first wedding. Dad didn't even get 'tiddly'!!!!! Loving the summer LO....least we can dream of warmer climes. That's about it atm!!!!:):):)

Wow... what a horror story for the happy wedding memories! YIKES!! I loveeeeeeeee your lo's!!

You should write a book sorry but i had to laugh hope you dont mind ! Love your story and your layouts . thanks for once again sharing your talent with us at Get Creative and good luck.

i looove your pages! thank you rof joining us at gc!!

I seen that story on Springer!!!! OMGosh girl......your family is almost like mine, you may even be related....LOL. I agree, you should write a book....you tell this story so well....cracked me up!!!

LOVE these layouts too!!! The one with the wood background is so cool!! I'm pinning your stuff :):)

Seriously fabulous layouts!!!!!!!!!!!!! Love love love love love them all!!! (the crocheted sun is a brilliant and time&energy saving idea - the page goes right into my faves) Thanks for joining us at GC, Karen!

OMG!!!! Karen absolutely stunning layouts!!! love love love Thank you so much for your support at Get Creative!!!

I am truly amazed.I Love what you did with your layouts.Thank you for joining us at get creative.

OMG what a story!
i have missed you and your posts this is what happens when you do not have a computer I owe you an email and a card package! LOL......
You layouts are FABULOUS!!!! was that loud enough??
I cannot thank you enough for taking time out of your craziness with the house situation to come and play with us at Get creative!!

Some of my fav places to visit.

I was spotlighted here 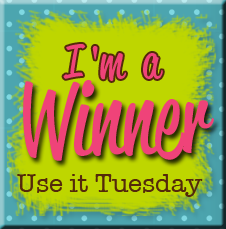 And I also designed for 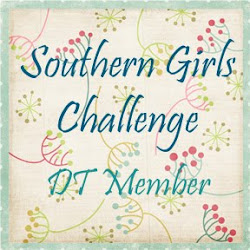